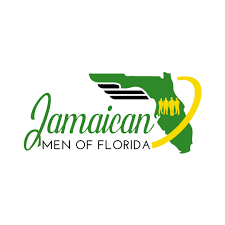 SOUTH FLORIDA – The good Book says: “without a vision the people perish”. Sensing a need in the South Florida area for Jamaican men and men of Jamaican decent, to come together and be a system of support to each other and example to those to follow, Dr. Allan Cunningham, became the catalyst to the formation of the Jamaican Men of Florida (JMOF).

COVID-19 showed up around the same time of its inception; however, this in no way discouraged Dr. Cunningham, as a select few met, planned, coordinated, collaborated and inspired each other in moving forward full speed ahead with the formation of this non-profit organization.

For the first time since its inception the Board held its first in-person Board meeting, at the KRAVES Restaurant and Lounge in Sunrise Florida, on Wednesday September 16, 2020.

The energy and excitement that filled the room, as face-face connections were made, was uplifting and encouraging to say the least. As we greeted each other while maintaining the appropriate social distancing; our consciousness was punctuated and hearts and hopes were unified with the words penned by Mahatma Gandhi some decades earlier: “The best way to find oneself is to lose oneself in the service of others”.

The Board meeting preceded on time as intended with the standard agenda.  The meeting was called to order by the President, Dr. Allan Cunningham, followed by the opening prayer by Dr. Jason-Anthony Prendergast. A welcome, opening remarks and rollcall followed. The acceptance of the minutes and the respective committee reports were the next items on the agenda, which was followed by the Treasurers report. The Board meeting concluded on time after brief a discussion on old and new businesses.

The anticipation of the evening was the “Press Conference” which served as a medium to launch the organization and induct into its body the five “Honorary Members”, who were nominated and voted on by the Board.

Board member and Chief Legal Counsel, Attorney Marlon Hill served as the evening’s emcee, providing a great balance of the sense of the urgency of now; great humor and wit; and the vital role the organization would play in this region, as he believes the individual members and the organization collectively, were called “for such a time and season, as this”.

Each reciprocated with a timely and heartwarming response, which were all inspiring and encouraging to those in attendance.

Also, inducted as Honorary Members into the organization in absentia were, Miramar’s Mayor, Wayne Messam, presented by Board member Dr. Jason-Anthony Prendergast and the Honorable Dr. Basil Bryant, presented by Board Member Steven Thompson.  Mayor Messam sent a pre-recorded video message, expressing his deep honor and humility, for such a recognition.  The message was presented as part of the evening’s proceedings.

Emcee Attorney Marlon Hill concluded the evening’s event with an appeal to the members present to carry-on the mantle with a renewed vigor and commitment and an invitation to the viewers and listeners who meets the established criteria to be a part of this august body. He gave the charge for all to join as one, as the organization labor in this side of the vineyard, to make a difference in the lives of Jamaican Men of Florida and descendants of the same; meeting the charge ascribed us: “I Am My Brothers’ Keeper”.